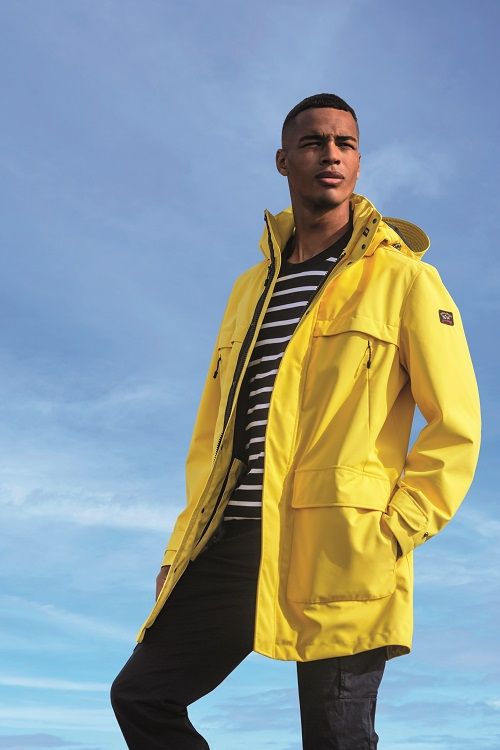 The history of Paul & Shark brand dates back to the 1920s.

On 4 March 1957 the mill Maglificio Daco, founded in 1921, in Varese in Northern Italy, re-opened its doors under the new owner Gian Ludovico Dini who, nine years later, will change the company name to Dama S.p.A. Every aspect of production was integrated: from weaving to packaging. Garnments were shipped throughout the world thanks to prestigious partnerships with Dior and Balenciaga.

In the mid 1970s, Paolo Dini, the eldest son of Gian Ludovico, during a trip to Maine, in a small sailmaker’s workshop, found the sail from an 18th-century old clipper, that caught his eye. The sail  inscription read: Paul&Shark. It was fate. The Paul&Shark brand was born.

Paul&Shark offers a comprehensive luxury sportswear range, appreciated by the fans of italian style and high-performance technical materials, many of which have been patented by paul&shark.

Paul&Shark’s aim has always been to seek excellence both in the quality of its products and in the manufacturing of its materials.

The brand’s winning formula is the combination of: quality, technology and creativity, handed down for three generations.

Originally inspired by the founder’s love for the sea, today paul&shark is synonymus with authenticity, sustainability and performance.